The Story of the Founding 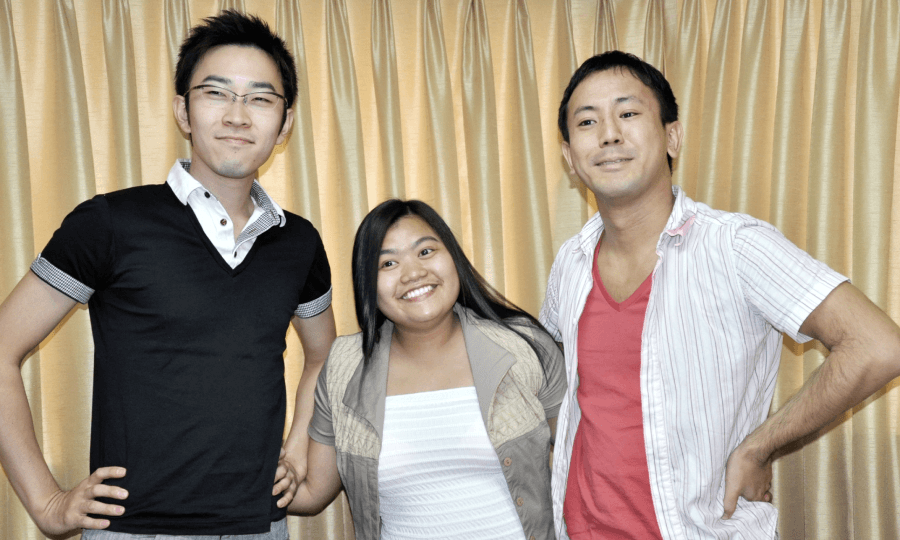 “Someday, I want to create a service which will change society.” This was my dream. When I was a postgraduate student, I began to feel that, due to the development of telecommunication technologies, the time would come when individuals could participate more actively and brilliantly. As a fresh graduate, I joined NTT Docomo, where I engaged in research into next-generation telecommunications. I later launched this business with Tomohisa Kato, my classmate from junior high and high school who was working for a consulting firm at that time. We started the business as a kind of second job for both of us. But we decided to found the company because we began to see signs of success.

We initially tried a service providing Chinese conversation lessons. We later shifted to English in response to market needs. In those days, attending group lessons at schools was the most common way to learn English. Consumers desired a service that would give them more opportunities to speak English more casually. We therefore focused on Filipinos’ high level of English proficiency and hospitality. We began to recruit tutors by putting up help-wanted ads at the University of the Philippines. This is how we built a system for providing lessons and began to provide RareJob Eikaiwa, an online English conversation lesson service.

The service allows Japanese to acquire English speaking skills.
It also gives Filipinos work opportunities, leveraging their English proficiency and teaching skills, regardless of environment or circumstances.
By operating a business that builds a win-win relationship between these groups, we create a future in which anyone can seize opportunity wherever they are.