A story of the endeavors toward realizing a vision
History

#03 Establishing a subsidiary in the Philippines. Integrated management beyond 3,000 kilometers has just started 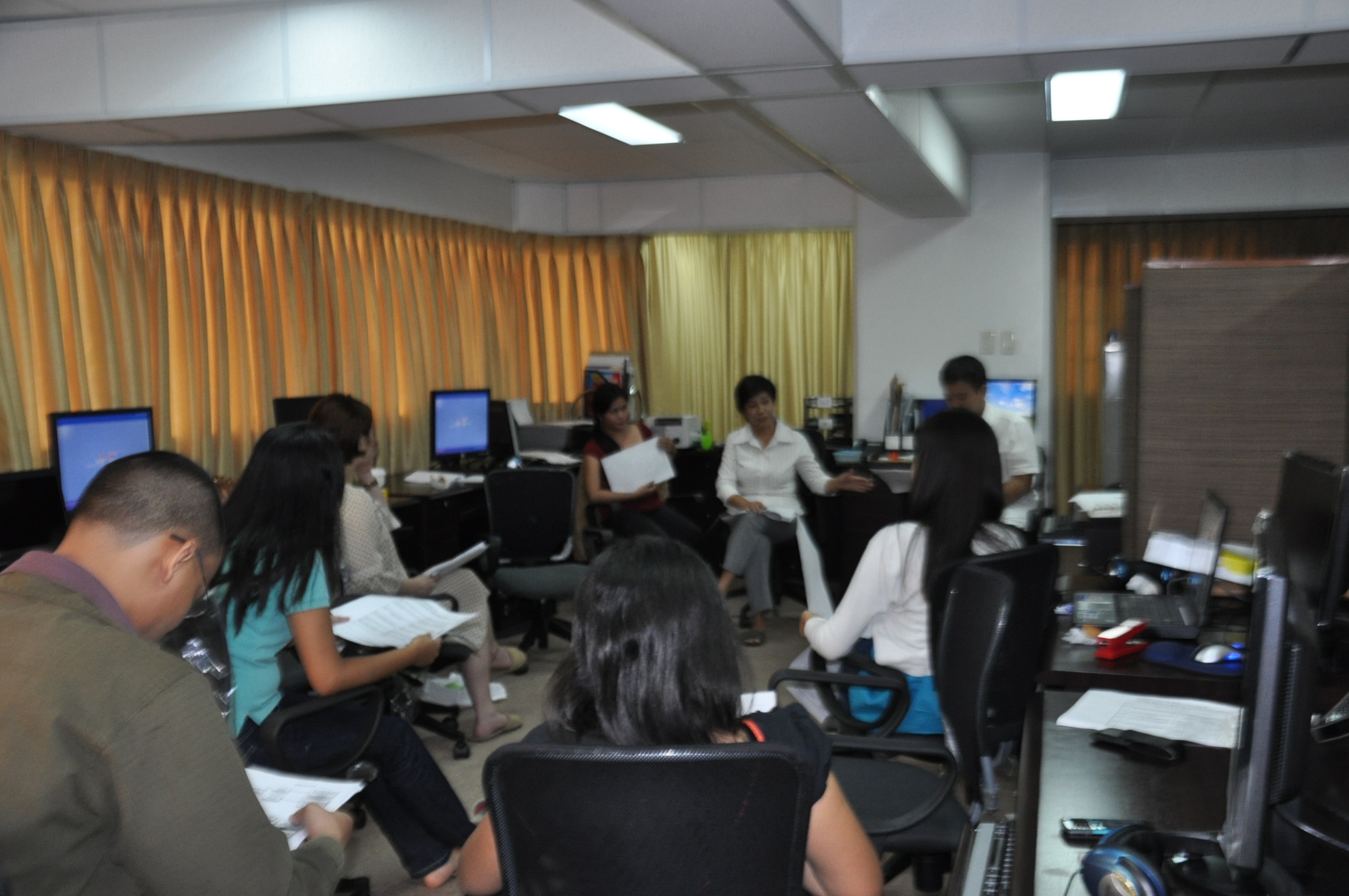 First, having a subsidiary in the Philippines would be more economical than hiring staff in Japan to accomplish our English-replaceable work. Second, if we assigned the Japanese team to the Philippines’ subsidiary, Japan’s business operation would be hindered. Therefore, the Philippines’ company should be handled only by the local staff, and we’d better manage them remotely from Japan.

It was a straightforward idea; however, it is how RareJob Philippines, Inc. (RJPH) begun.

In switching the online conversation lessons from Chinese to English, Kato flew to the Philippines for the time being. And the woman he met there was Shem. For the first time Kato went to the Philippines, she applied to the job right after the opening was posted. Having a good hunch, Kato explained to her about his business concept and hired her as a manager, trusting enough to give 0.1 million yen in cash and ATM card immediately.  It seemed reckless, but Kato’s intuition was not wrong.  She became a key person in charge and managed local practices before its launch of RJPH in October 2008.

Firstly she handled all the administrative work such as buying PCs for lessons and salary to the tutors.  According to the company’s expansion of its trial service to full-fledged development, the number of local staff in RJPH increased, including office cleaning, attendance management, employee management, lesson management, and teaching material development.

Although the number of employees was increasing, RJPH at that time was “like some group at college,” says Nakamura.
Only young employees in their 20s gathered, and even during the work hours, their singing voice echoed in the office.
RareJob in Japan had just founded in the first place, so they were still setting up the management system and style, far away from setting corporate culture yet.

RareJob and RJPH, which were just newly born, they were a community of destiny in the real sense. The source of the services provided in Japan is the lessons provided by the Philippine tutors. The expansion of the Japanese service creates tutors’ employment in the Philippines, and when the number of tutors increases, it leads to the further development of services.  Like the twin wheels of a bicycle, they looked in the same direction and moved in tandem.  It is not a hierarchical nor a master-slave relationship. What they need is a sense of unity.

That is why Kato wanted unified management of the two companies.

The idea is that even when they are physically apart, they should perform as one organization. In actuality, customer supports of both countries cooperate closely together.  When hiring Japanese staff in Japan, they used to set up interviews with Shem as well.

Of course, their collaboration was not always successful against its necessity. An old RJPH member remembered the episodes of language-barrier communication at the time.

“The collaboration was challenging because most of the time, we can’t understand each other. Apart from the wide culture gap, the language barrier makes it really tough. Verbal communication was confusing and time-consuming, written was prone to miscommunication due to the inaccurate translation of Google Translate.

One funny story that I can’t forget is when we were working on the first student android application. This app is one of the first JP-PH collaboration system projects that we worked on.

At that time an engineer asked me verbally to check the law files, and after almost an hour, I really can’t find anything so I asked him to type it in the chat box instead, and he did, he typed “LAW files”. We had a bit of discussion about these files being non-existent in my end. It drove us to several, wrong directions, and after a few more hours, I figured out that what we were talking about the “RAW files”. It might look simple, but this made me really frustrated that time, I remember having a beer that night.”

At the time, as RareJob in Japan and RJPH had just founded, no proper operational systems existed in the place.  Communicating in English was already a big challenge for each employee in both countries. Besides, in Japan and the Philippines, the philosophy of work performance is fundamentally different.  For instance, the Japanese team casually contacted other departments or teams in the Philippines; however, it confused Filipinos who comply with the report line. 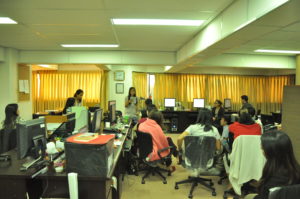 There was no point in assuming, as Japan and the Philippines are physically apart, and there was nothing they could do about the fact that they live in different languages and cultures. Moreover, as RareJob had decided to realize its bilateral collaboration on business development, there was no choice other than “allowing staggering and somehow overcoming collaboration.”

Even if communication was hard, even if the organization wasn’t mature, there was no choice, rather than cooperating and moving forward.

It is worthless to complain about problems caused by differences. All they could do was to think and implement measures to solve problems.

First of all, the two rules were established between Japan and Filipino offices; “keeping the report line” and “communicating quantitatively,” were thoroughly implemented. When requesting work to Filipinos, the Japanese must not make vague demands nor expect the unmentioned action. The Japanese’s communication rules are quite peculiar comparing with international standards.

Besides, as bilateral partnerships are essential, a stance to deepen mutual understanding was also crucial. In the Philippines, the contractual documents’ significance, which specifies the scope and authority, is much more important than Japan’s. As these cultural gaps are closely related to operations’ progress, they held workshops to deepen understanding among Japanese members.

Documents summarizing the various systems and organizations as of 2009

Right after founding the company, RareJob managed remote offices between two locations, and besides, they were in two countries. However, every effort led to the challenge of business operations and corporate growth. Without specific answers, “we try it first and make improvements,” and the attitude developed as its corporate culture.

RareJob operates services, and RJPH provides the lessons. As they played their respective roles in their separate places, while Kato and Nakamura moved back and forth between the two countries, they took the path of expanding their services.

Gaku Nakamura
Co-Founder, CEO
He received secondary education at Kaisei Junior High School and Kaisei High School before entering the University of Tokyo, where he obtained undergraduate and postgraduate degrees in Information Science and Technology. He later joined NTT Docomo Inc., where he engaged in research into next-generation telecommunications.While working as an engineer, he thought of the idea of launching a new business connecting individuals. In 2007, he founded RareJob jointly with Tomohisa Kato, his classmate from junior high and high school. He took the position of CEO of RareJob in 2015.
HOME > Challenge > #03 Establishing a subsidiary in the Philippines. Integrated management beyond 3,000 kilometers has just started